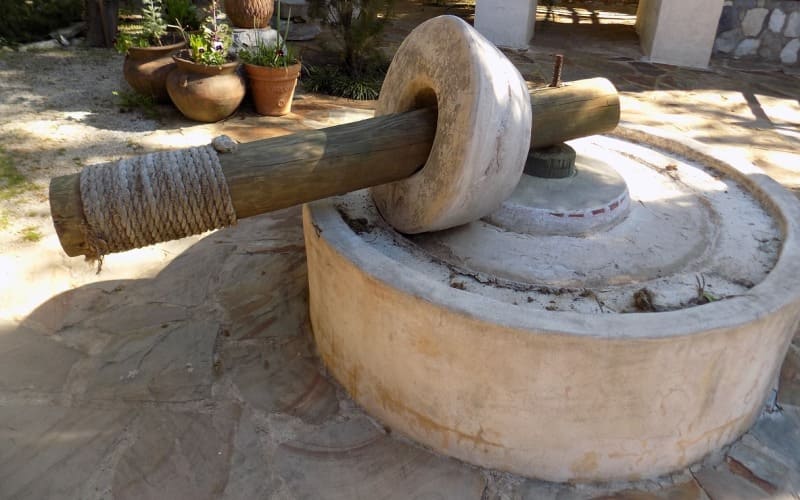 Olive oil history began and was used by the ancient civilisations including the Greeks, Romans and Egyptians. Wall paintings often showed olive trees that grew in Ancient Egypt and olive branches have been found in Tombs to accompany the dead. The Egyptians used olive oil extensively including it in their diet, lighting, medicine and for rituals. The Cretans produced olive oil in the 3rd millennium BC and was a source of great wealth coming from trade. Vast underground storerooms have been excavated and jars and vessels for olive oil have been discovered.

By the 6th Century BC, the Greeks had become the major importers of olive oil which increased the status of olive groves so that they became known as sacred. Olive oil was vital to the wealth and health of the ancient Greeks who traded it and spread the appreciation and production through Northern Africa, Spain, Italy and France.

The Roman Empire held the olive in high regard as they consumed them with great gusto and used the oil for many purposes. The Romans developed the screw press in which the olives where crushed mechanically and extracted the maximum amount of oil out of the fruit. Cleverly the screw press crushed the flesh of the olive without crushing the stone as the stone is what causes the bitter flavour in the oil.

Mediterranean is said to produce the best olives and olive oil.

Payment for trading was often demanded in olive oil, so the Romans grew olive trees and traded the oil on their travels. Strangely enough the Romans considered other people that ate animal fats as barbarians. As the Romans conquered Europe so olive groves grew and they spread thought out Spain, Italy, France, across the Mediterranean and North Africa.

From the 16th Century as the new world was colonised, olive saplings accompanied the immigrants on their voyages and were planted wherever the climate was suitable. Olives now grow across the world but the Mediterranean is said to produce the best olives and olive oil. The Mediterranean is on top of the list for use of olive oil and the Greeks consume the most per capita. Today there are more than 100 million olive trees around the globe and those are the ones that we are aware of.

With the proven health benefits of olive oil it is no wonder that we use it for everyday cooking, around the household and even a teaspoon all on its own for our health.

For an in depth history of Olive oil read more here